31 Days with the King – Christine 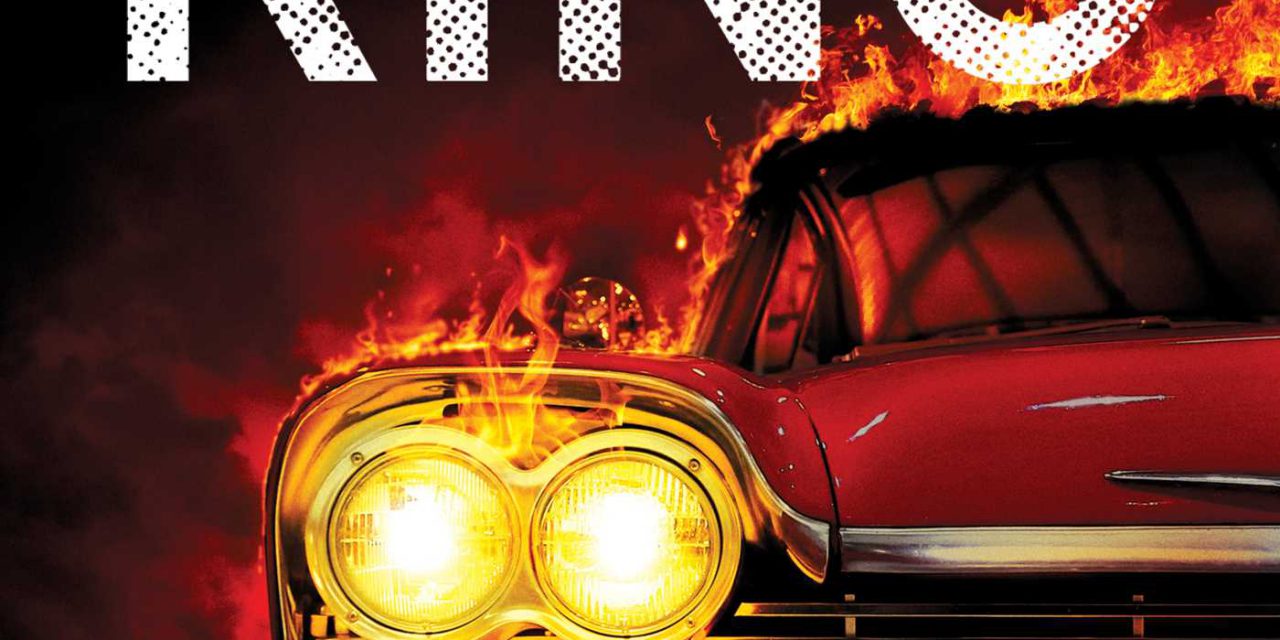 Hey y’all, it’s Jackie. Tonight’s date with the King is one whose premise may not sound particular interesting (a killer car?), but I can assure you it provides for a quality read if you give it a chance! At least, I can guarantee it’ll scare you enough to never want to adjust your car seat ever again. Tonight’s selection is…Christine!

King wrote Christine in 1983, after watching the odometer on his car flip over to 10,000 miles, and wondering if there might be a tale to be told in an car odometer that goes backwards. It turns out that there is, and it concerns a young man named Arnie Cunningham, a nerdy, high school outcast who purchases a run-down 1958 Plymouth Fury he sees along the side of the road, against the better judgment of his friend, Dennis Guilder. As he works on fixing up the car, which he names Christine, Arnie also fixes up his high school persona, becoming a   cool, confident young man who’s pride and joy is his badass car. However, it turns out Christine has more hidden under the hood than just a fast engine and means to transform an socially awkward outcast’s life: she hides a sinister, possessive spirit, and what she does with that power drives Christine into being a fabulous read.

The film adaption of Christine, directed by John Carpenter and starring Keith Gordon as Arnie, received a less-than-favorable reaction from critics when it was released in 1983, but has since become a cult classic and will celebrate its 35th anniversary this year. Yeah, the film adaption has its lukewarm bits, but it was enough to make me want to own a vintage car and develop a massive crush on Keith Gordon as a teenager, so I would recommend it, especially for those looking for a King adaption that sticks close to the source material.

Have you read Christine? If so, what was your favorite part? What did you think of the film adaption? Let me know in the comments below, and, as always, don’t forget to subscribe to Superficial Gallery, where we post the good stuff daily!

Filed under: 31 Days with King