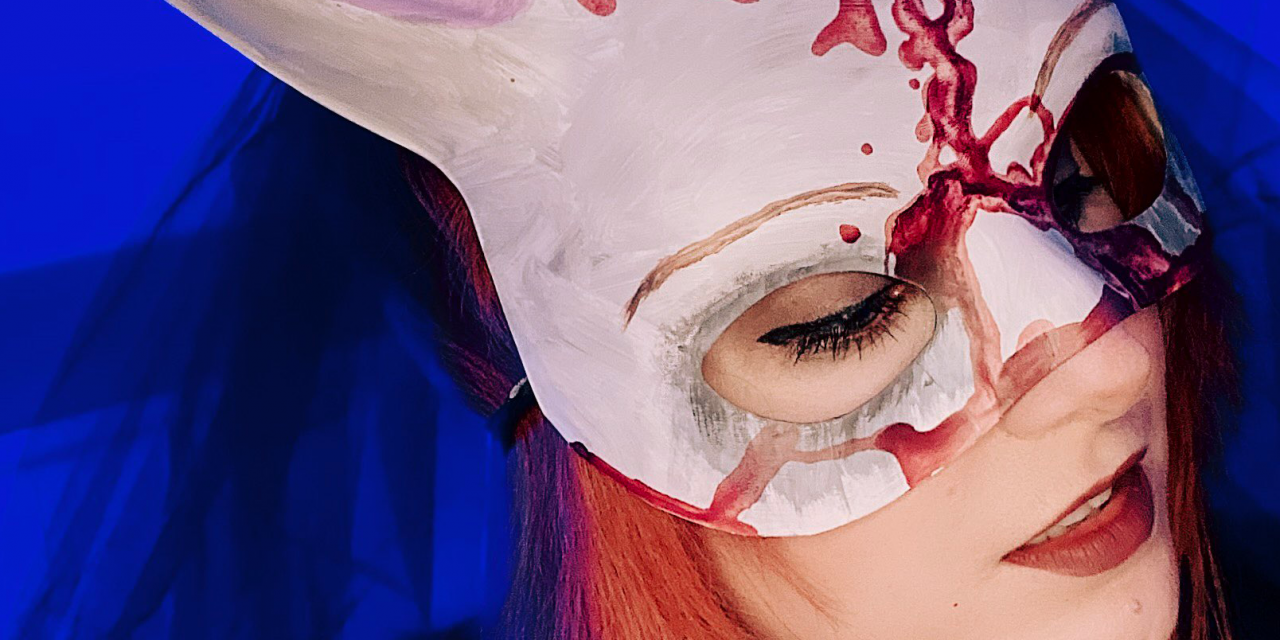 Day 6 of 31 Days of Halloween!! Ha…still lying it’s again day 7 and I’m playing catch up! Now today’s cosplay is much more crafting extensive but a TON of fun! Especially if you love Dead By Daylight. So here’s my breakdown of the Huntress from DBD cosplay!

All supplies were purchased on Amazon with the exception of the acrylic paints which I already had. I purchased a bunny mask for $9, a black veil for $13, and brown suspenders for $12. I already owned a white shirt I was willing to paint. Now this is assuming you already have some type of acrylic or crafting paint. I used fake blood but I wouldn’t recommend using it.

So for the mask I mixed white and black to make science…actually grey was the correct answer. I used a sponge to apply it all over and tone down the white. I then took some red, black, and white to make a muddy pink for the inner ears. Slightly darkened it for the nose. I took a darker grey mixed with some navy blue to color around the eyes. I used a brown to paint on the brows. Now I used fake blood to “splatter” on the mask…this was a dumbass idea. Don’t do it. Just paint it on with red paint ffs. I ruined so many things with that damn container of blood.

For the shirt I took graftobian body paint in fuzzy bear brown to dirty up the shirt and then splattered some fake blood (again dumbass idea).

I feel that the makeup is really up to you to choose. She doesn’t really have any visible so rock what you want!


If you would like to see these cosplays live go to twitch.tv/erezebeta every night at 9pm est in October!