Diversity is YOUR problem, not ours, says Marvel Comics 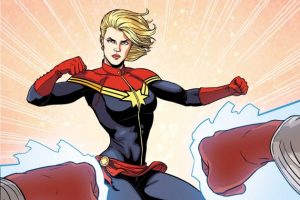 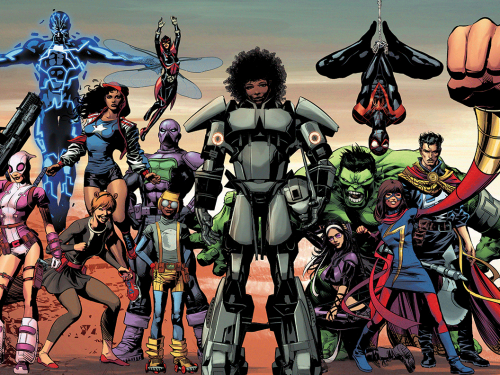 Marvel thinks you hate this….

The Longer I’m Here, Diverse it Gets

Diversity is a problem for Marvel Comics.  And it’s tied into sales.  Marvel Comics is in a massive sales slump and they don’t quite know how to pull themselves out of it.  They’ve tried everything, from charging pimply-faced kids WAY too much for a 20-page issue of a comic to confusing the hell out of everyone by having a gazillion series restarts and issue #1s.  I’ve been a comic book reader for over 30 years.  I stepped away for a few years and when I came back, there was no way for me to “catch up.”  The entire landscape had changed – and not for the better.

For some reason, it wasn’t obvious to Marvel that poor sales tactics, shady marketing, and bad pricing models all contribute to the decline of comic books as we know and love them.  Their brilliant idea of having every story arc be a part of a cross-over series with another comic was backfiring because only Donald Trump and other 1%-ers can afford that nonsense.  Instead, it had to be something else.  So they went looking for a boogeyman and, surprise, it’s YOU!

Marvel attended a comic retailer summit and asked why sales were down, especially regarding series with diverse characters.  This was the Marvel’s conclusion, as stated in this article in The Atlantic:

Yeah you heard it folks.  Marvel went to a bunch of retailers who make money on known quantities/comic characters and got the confirmation bias they needed to place the blame for lack of diversity right on you.  Notice audience profile David Gabriel was talking to – retailers.  People who must sell to make a living and people who will resist changing the “formulas that work.”

There’s more to the story.  Marvel sabotages their own efforts at promoting diversity by cancelling series BEFORE THEY’RE EVEN RELEASED based on their poor marketing ability to generate pre-sales.  They claim no one wants new heroes – only the old ones. 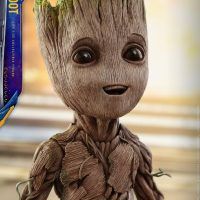 And all the while the entire world is melting into a pile of goo at the sight of Baby Groot in the MCU.  Even though Guardians of the Galaxy has been around for, like, ever they were essentially brand spanking new to the rest of the world.  The world has space for new heroes, Marvel – just make them good.

Get smarter, Marvel Comics.  Your audience isn’t 15-years-old anymore.  We see through your attempts to blame us for your problems.  Give us diversity, and not with some b-rate hero facing tired and overused tropes and villains.

But keep the big busted heroines with tiny waists.  My inner 15-year-old appreciates that.