Do we need another Twilight Zone reboot? Yes. Yes, we do. 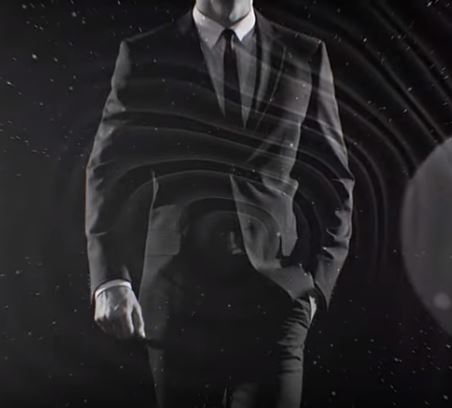 Do we really need another Twilight Zone reboot? Can anyone fill Sci-Fi, paranormal TV legend Rod Serling’s shoes? If we’re talking about Jordan Peele of Get Out fame, not only “yes,” but “Hell yes.”

Peele delivered a masterpiece of horror in Get Out that both unveiled layer upon layer of important social commentary while serving up a terrifying story that was unlike any other fright-film. He created almost another genre of horror very similar to Serling’s Twilight Zone episodes of post-WWII America, but with a twist that belongs uniquely to him and identifiable to fans and critics alike. Development for the “interactive” series is a collaboration of CBS Studios and Monkeypaw Productions (Peele’s production company) and will be streaming on CBS All Access sometime in 2019. It can’t come soon enough.

What makes this collaboration seemingly perfect is Jordan’s fandom of Rod Serling’s work and his natural attraction to the horror genre for which he seems so uniquely fit. Not only does Jordan invoke laughter and critical thought, add to it apprehension and trepidation. If the original Twilight Zone taught us anything, it’s that through story-telling, we can contemplate comparisons to our own morals, social norms and mores, and discover where our strengths and weaknesses exist as participating members of humanity. No one is more qualified and talented to convey both new and old messages through the television medium.

What was missing from the 1980s television reboot of Twilight Zone was the blatant spotlight on American society that Rod Serling had shown so brightly in the original series. As a Grateful Dead fan, I remember being excited to watch the series (they performed the music), but even as a teenager, there was an emptiness to the series I wasn’t able to define until I rewatched them later in life. Even with the luke-warm reception of Spielberg’s Twilight Zone movie, I went into it with high expectations (especially after reading about the horrific helicopter accident that claimed the lives of Vic Morrow, Myca Dinh Le [age 7] and Renee Shin-Yi Chen [age 6]) as I knew there would be a “war” scene and had hoped there would be more of depth of messaging that would resonate among viewers regarding the atrocities of war. The movie as a whole was stale except for the brilliant performance by John Lithgow who portrayed John Valentine, a man on a plane who was driven insane by a goblin tearing apart the plane’s engine (the original episode starred William Shatner). And we can’t forget the humor delivered by the great Albert Brooks and Dan Aykroyd in the intro and the callback in the end. Jordan Peele is all of this and more and again, without any hesitation, my expectations from his involvement are high as he has already delivered time and time again. I can think of no one more suited to bring Twilight Zone back to its roots and beyond than him.

What Forest Whitaker couldn’t do (albeit he was a great host of the 2002 reboot) was add the masterful creativity and storytelling that comes so effortlessly to both Rod Serling and Jordan Peele. This reboot premiered almost exactly a year after the tragedy of September 11, 2001 and provided a heavy-handed and clunky attempt at political commentary in a post 9/11 world for which, I feel, America craved, but on which America was also becoming hyper-divided. This lent to the show’s overall feel of air-grasping for relevance. It accomplished little more than to skim the surface of what would be a philosophical debate that continues to rage even today. The audience and critic disappointment is clear in its shifting air schedule and runtime of only eight months.

When the “angry young man” (as he was known in Hollywood) Rod Serling sought to bring powerful social narratives to public light and at the same time frighten viewers into becoming critical of themselves and the powers that be, he found himself censored by corporate advertisers and overt political media pressure. His Emmett Till-inspired story (a 14 year old African American boy who was lynched by townspeople in Mississippi) was censored and sanitized until nothing of the original and unapologetic anecdote remained. Once he was given more creative control and the opportunity to showcase his writing style and interpretation of 1950s USA, his themes on censorship, racism and war shined through a lens of fantasy and the inconceivable becoming conceivable and even frighteningly real, always entertaining and sometimes comic.

The one and only Jordan Peele

For Peele, not only as a super-fan of Serling and the series, but as a (let’s face it) comic genius, it was only a matter of time before he would solidly interlock with this classic anthology. I expect nothing, but greatness from this collaboration as long as he retains the majority of creative license and CBS does the right thing and allows Peele to do exactly what he does best: Reveal a mirror for viewers to examine a deeper side of their own psyches, tell stories of our collective challenges in society and culture, and at the same time, keep us laughing.

What are your thoughts? Are you a Twilight Zone fan? What’s your favorite episode and why? Comment below and tell us what you think!