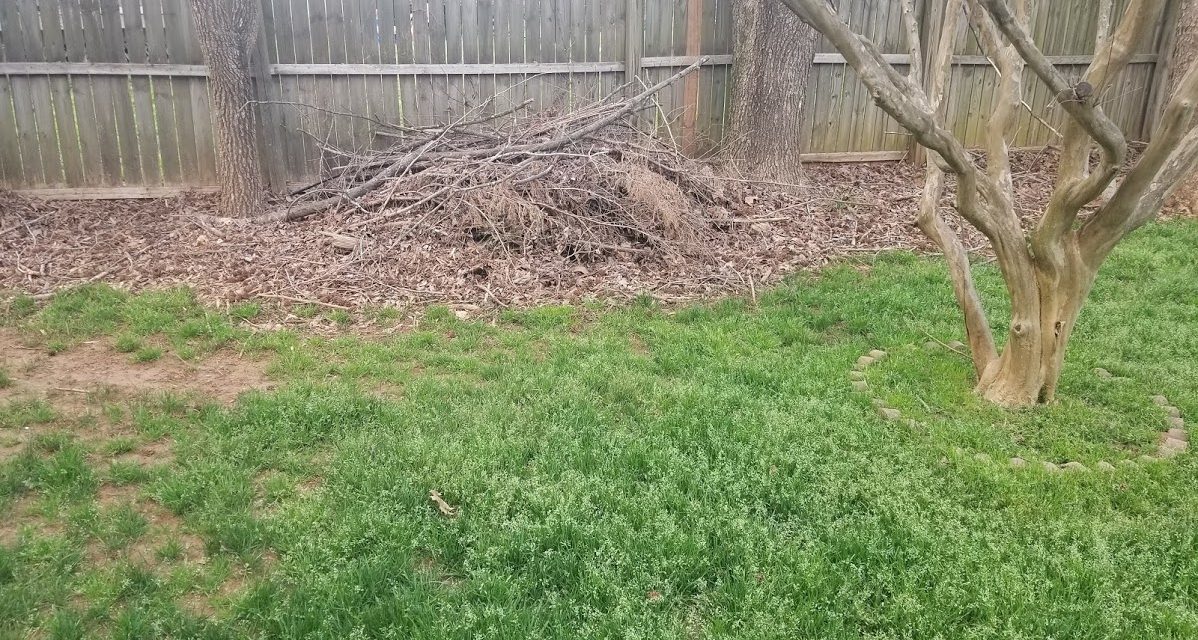 I think it is pretty inevitable that “Shelter in Place” is going to become a thing that happens to us. I mean, how are we going to avoid it?  We can’t all just wear 6ft diameter hoop skirts and go to the mall.  So soon enough we are going to be stuck at home and there is nothing anyone is going to be able to do about it.  So, for those of you that live in apartments, I guess you could decorate your doors, but for homeowners?  You need to have a KILLER yard.  I ain’t even playing.

The weather is getting warmer and you are going to be able to be outside so here is a list of things you can actually accomplish without having to buy a bunch of stuff (since we will all be poor in a minute).

Sounds simple, right?  But weeding the parts of your yard that are not supposed to have stuff growing in them is a huge deal that makes a big difference.  Plus it is just you lying on the ground tugging at plants.  Even I can do that and I am in terrible shape!  Now, a lot of people will say that you should spray poison on them and stuff and that may be true, but poison is not free.  Rolling around digging up pricker-bushes still is so I am going to say weed first until you have a nice area of dirt instead of junk.

See how I made some of it dirt? That’s what you wanna do.  That took me 2 hours….

Every person I know who has a yard (except one) has a spot that is just leaves and sticks and stuff.  Maybe it is in a conspicuous place and maybe it is your secret shame, but it is definitely there.  And a lot of us (me included) try to pretend it is on purpose.  “Natural Area” is a fun way to make “piles of yard waste” sound fancy.  Clean it out.  My town will pick up leaves even though they don’t have the cool truck that vacuums them up.

Now I am not pretending it won’t be hard work, especially if, like me, you have let your “natural area” bush way out past the edge of your bathing suit, as it were.  But there is a huge payoff in the form of more exposed dirt that you will later have to weed!

This is my unsightly pile of crap. It is not the only one, but it is one of them. Sigh.

Whatever your bushes and trees look like, they can probably look better.  I know this because I started using Google Lens to figure out what the stuff in my yard even was, then looked up on YouTube about how to prune them.  They used to say there was a magazine for everything.  Now there is a YouTube video for everything.  Look at this sour shit telling me how to fix my crepe myrtles.

Know when to do Something

Sometimes there is a part of your yard you know would be prettier if you cut out the overgrowth.  If you think it is something you can get done in a day, and I mean DONE done, go for it. But take little bites.  I suppose if you have kids that have to do whatever you say you could pick a bigger project, but if it is just you then start small.  Use Google Lens to figure out what stuff is and keep the stuff that isn’t poison ivy or skunk blossom.  The corner of the pic below is something I can get done by myself and those wicked thorns will be gone.  Of course I will lose a quart of blood but that’s what it takes!

Know when to Run

The area between my pool (yes, I have a pool, I am fancy) and the rest of the yard is hemlocks and weeds.  But, in my most important tip, I am not touching it.  It looks like this:

Look at it!  Look at those sad lights.  Look at that clover.  Look super close and see the poison ivy and flesh-piercing holly.  You know what I’m doing with it?  Nothing.  I am gonna take lights and cover all the hemlocks so at night you can’t see anything and in the day time I am probably gonna put a big poster of goatse so nobody looks over there.  Could I attack it?  Sure.  But since I have no money, the best I could do is make it dirt and that is not going to look better.  So I am going to rake out the leaves and let whatever grows grow and deal with it next year.  Cut your losses, folks.

Do it for Yourself

So all the stuff I showed you was in my back yard.  Now there is plenty I could be doing in the front yard but eff that.  Only other people see the front.  I spend all my time in the back yard so that’s where I need to start.  If we are still social distancing next spring I will tackle that.  Otherwise forget it.  Look out for number one!

Please feel free to come to me with questions about how to fix up your yard or how to throw antique bed springs and junked cars in your front yard so nobody ever comes over.  I’m here to help.