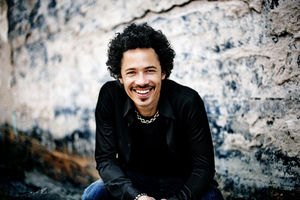 Here are three things that I learned about Eagle-Eye Cherry while researching this article about his one song: Save Tonight.

*Okay, so maybe I had thought of that before.  And whenever I think about people using Foxtrot instead of F, I think about my friend Erik.  When we were in high school, his mother was on the phone with the bank.  She made a big point of telling us to shut up because she was on the phone with the bank.  So when she is spelling her name, it happened to have an F in it.  And when she gets to it, Erik yells,  “F AS IN FARTING!”

She covers the phone and yells at us and then keeps spelling things and when she gets to a K, he yells, “K AS IN KNIFE!”  So she kicked us out of the house.  I know this is a Friday Nineties post, but it is Eagle Eye Cherry and I am not SPIN magazine.  FFS, what else am I supposed to say?  I guess I can point out that I had never seen the video before today.  He plays all the parts in it.

EDIT:  I thought of one more joke!  If he had been a sailor he could have been Eagle-AYE Cherry.  Huh?  HUH?