Who Invented the First Coffee Machine? 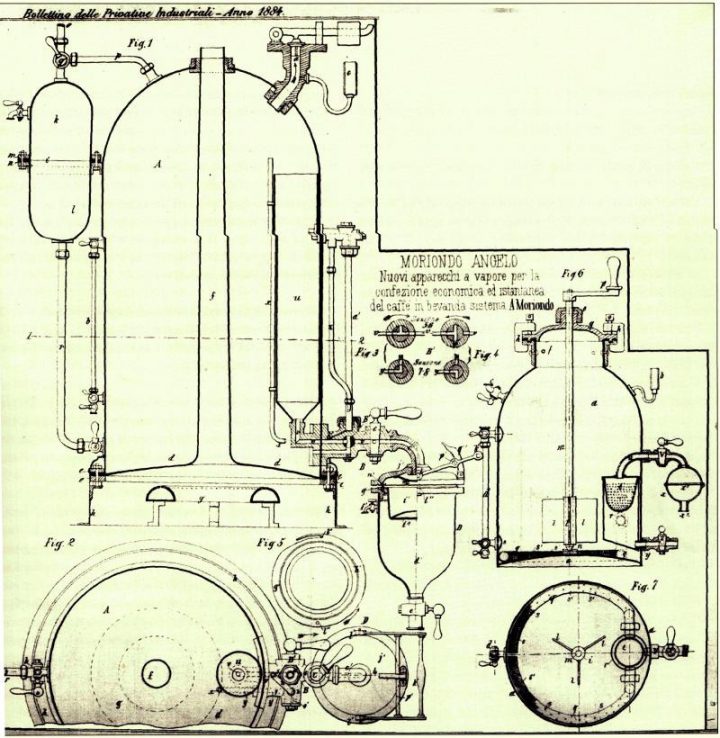 Here in the more mundane realm the French are allowed engineering talents as long as they’re applied to the culinary arts. Before 1818 when the Parisian Mr. Laurens invented a type of percolator to “Infuse” the coffee everyone drank the primitive boiled variety. Boiled coffee is rich in chlorgenic acid, polypenols, and other heart-healthy compounds but it’s powerful enough to fuel rockets and has been known to dissolve spoons.

Very early on coffee wasn’t even drunk. Coffee beans were crushed into balls with animal fat and eaten as a high energy snack. Legend has it that goat herders observed their goats dancing after eating red berries off a bush so at one point that boiled coffee was an improvement.

It took a woman to invent filtered coffee. Melitta Bentz thought the machines of the time made bitter coffee due to over brewing. She discovered that pouring boiling water over blotting paper made wonderful coffee. In 1908 Frau Bentz sold 1200 coffee filters. She also patented the filter bag in 1937 and patented vacuumpacking in 1962. Melitta Bentz, one of the unsung scientific minds of the twentieth century.

Coffee engineering perfection was achieved when Luigi Bezzera designed the ultimate coffee machine. This imposing pillar of copper and brass can still be found in coffee shops who know the Bezzera design is superior even to the steam driven  Gaggia design which is what we recognize as the modern espresso machine.  Sidetracked by the Second World War Gaggia still making espresso machines today.

In heaven the Italians make the coffee.