Jennifer’s Body: A Movie Everyone Misunderstood in 2009 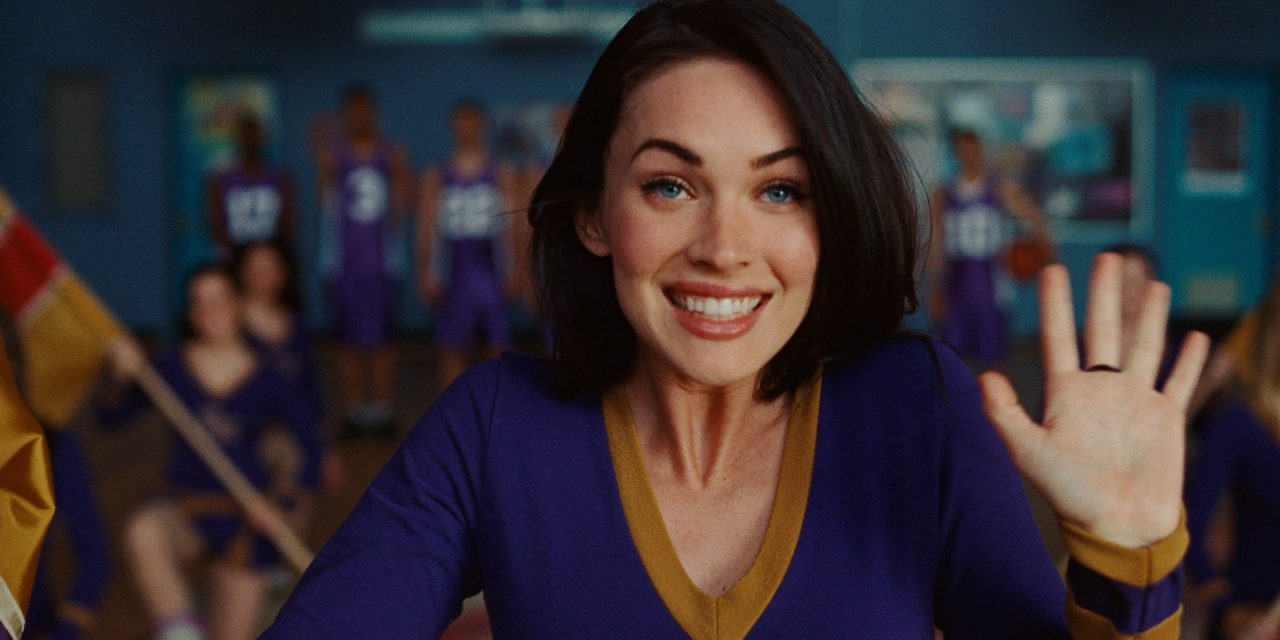 I went to see three different movies at the Boston Women’s Film Festival this weekend, one of which was Jennifer’s Body. The inclusion of Jennifer’s Body was thanks to Strictly Brohibited, a movie screening series that is designed for audiences free of men. (Before you, any man reading this, gets all up in your feelings about the idea of man-free movie screenings, just sit with any discomfort for a minute and then you know, learn to deal with it and move on. You’re welcome. That was just a lesson in empathy.)

So there are spoilers throughout this post but I won’t completely ruin all the details, because I think you should watch it if you haven’t. Or even re-watch if you saw it before.

As the people running the film festival pointed out, when this movie was first released it seemed to have been marketed inappropriately and very misunderstood by critics and audiences alike – even critics such as Roger Ebert, whose commentary on it was that it was “Twilight, but for guys” and then he made a quip about how he wished Megan Fox was topless just like Robert Pattinson is in the Twilight movies. Classy. Keep it in your pants, bro. (Of note, I originally wrote Robert Ebert and Robert Patten because honestly, you guys are all the same to me. Ha ha.)

This is a teen horror flick, sure, but there is a lot more going on than just gross outs and jumpscares.

Our narrator is Needy (Anita), who starts off locked up in a mental institution of some kind. She tells us “I used to be normal” and then backs up to the events leading up to how she got where she is now. I like this because we know the narrator survives the story, and because we know something big must go down.

It’s a story of fraught, toxic female friendship, at its heart, but it’s also not about men slashing up women while they scream helplessly; the women are the center of this story, and they are the protagonists and heroes.

Jennifer (Megan Fox) and Needy (Amanda Seyfried) are lifelong friends who are now in high school (one of Needy’s early explanations of their friendship is “sandbox love never dies”). Jennifer is a popular cheerleader and Needy is a good student with a long term boyfriend. They are both sexually active but neither one is punished for it, which is fairly unusual for teen movies and horror movies, honestly.

Early on Jennifer goads Needy into attending a show for a band she is very interested in that has for some reason, even though they are “from the city”, decided to come to their small town and play at a rundown “club”. (Which they manage to burn to the ground during their show.) The band is Low Shoulder and it turns out they are there for very nefarious reasons, which Jennifer unfortunately discovers. We don’t learn the details of what happens to her until much later and I won’t go into the specifics here but let’s just say she ends up as a succubus, and the dudes in the band end up getting really famous really fast. One might suspect a deal with the devil sort of situation.

After Jennifer’s change, the first place she goes is Needy’s house, where she shows up bloodied and disturbed, terrifies her, but can’t bring herself to cause her any harm. At the root of their relationship, for all the problems being teenagers is causing for them, there is a real friendship and connection that they both seem invested in.

The next time Needy sees Jennifer is at school, where she acts like everything is fine and seems like her usual self. At this point none of us know what’s going on, and when Needy tries to ask Jennifer about the previous night she brushes it aside. However, we soon find out what’s going on, when Jennifer devours a distraught football star in the woods next to the school.

As the school and community react to the disaster at the club followed by the football player’s grisly death, the only person who seems unaffected is Jennifer.

There’s a great scene where everyone is wearing black and crying in the halls and Jennifer just strolls through looking like this, seemingly oblivious to the mood around her.

Now that we know she’s eating boys/men, we can see that when she goes too long without doing so, it affects her. She starts to look rundown and ill. “Ugly – well, ugly for Jennifer” as Needy puts it.

When Jennifer gets hungry she sets about finding a new high school boy to eat. Here she is with a super smooth pickup line for an emo kid she sets her sights on:

Throughout the movie Needy and Jennifer seem not to be able to sever their ties, even though Jennifer is literally eating people and Needy figures out what’s going on. We see flashbacks to their “sandbox days” that show the relationship really hasn’t changed all that much over the years – Jennifer is the pretty but insecure one, Needy is the less cool but stronger one, and the better friend.

Jennifer burning her tongue and watching it heal. She declares “I’m a god” on the phone to Needy.

I think the movie bucks a lot of tropes in horror as I mentioned earlier, namely not making the victims women, not making the women helpless and in need of rescue, and allowing them to be the one telling their stories. And in fact, ending up with Needy as a sort of triumphant victor by the end, in a way I definitely won’t spoil because it’s better to watch it. Here’s a key piece of dialogue:

If you’ve seen the movie, what did you think? If you haven’t, watch it and come back and tell me!