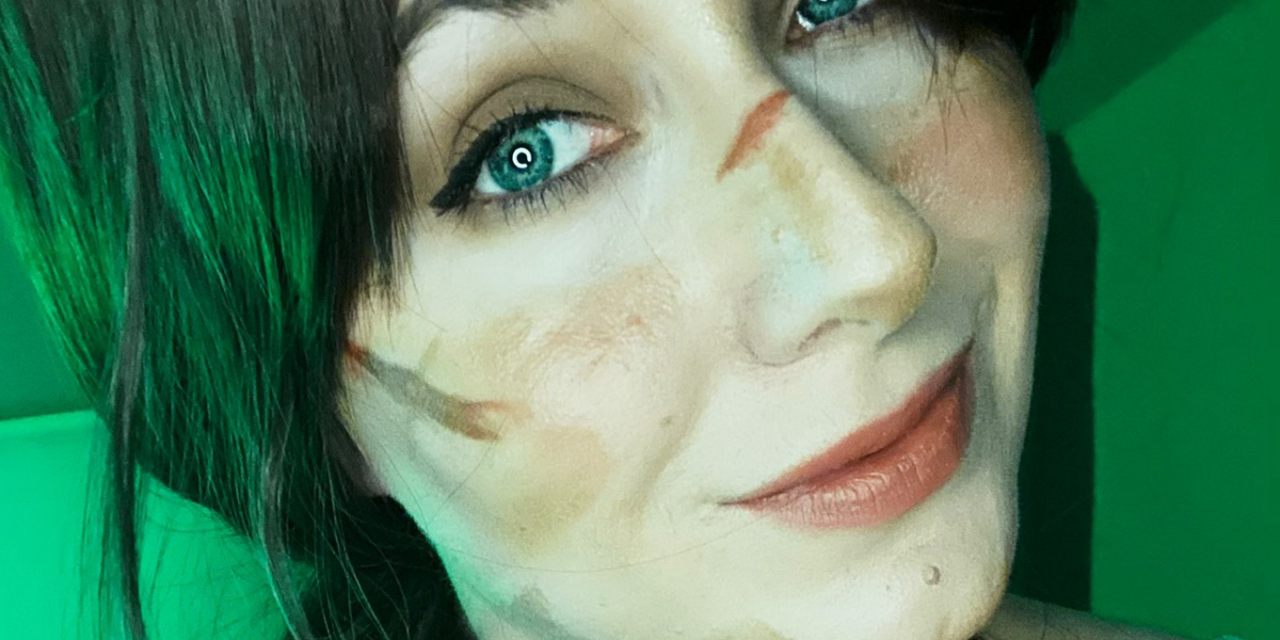 WELCOME BACK! It’s Day 3 of 31 Days of Halloween/Cosplays/Stuffs! Today I’m breaking down my Tomb Raider Cosplay. Not gonna lie I had hella fun doing this one. Lots of dirt, blood, and it was cheap. Let’s get into it.

Snag some cargo pants from a boyfriend/brother/dad or thrift shop. I of course did not because #sweatpantsgang but you can easily find a basic pair…or wear jeans, you’ll be covered in dirt nobody really cares about your pants.
For a wig I was able to snag a long brunette wig on amazon for $13 bucks and I had bought a pack of tanks for $20 bucks (but since I only needed one I’ll say it was around $5. I got a bag of bandages for $6 and lastly the necklace. Found a replica again on amazon for only $13!

Part Two: Get Dirty with It

I LOVE cosplays that allow me to well, play! And this was definitely one of those. So I’ll break this up between the makeup and sfx.
For makeup, I used a foundation in my own shade on my face, neck, chest, and arms. I then took a cream bronzer (mine was Chanel…don’t be a dumbass like and spend that much) and did some contour on the face, neck, and chest. I then used it to buff and bronze my arms so that it looks like I haven’t been winning at a game of tag with the sun for 30 years. Set the makeup with some beloved Coty AirSpun.
For eyes, I used my LORAC pro palette again selecting neutrals but with a warm undertone. Simple washes of color and contouring the shape. Think no makeup-makeup look. Some Kat Von D tattoo liner in brown on the top lash line for definition. Finished with some L’Oreal Mascara and Anastasia Brow Wiz in Medium Brown.
Now for the sfx! I used Graphtobian ProPaint Body Paints in Fuzzy Bear Brown and Crimson Red for the blood. I used a flat foundation brush and stippled the brown on my body where I wanted to appear scuffed. I took a finer brush and detailed some of the blood and cuts. I used the same paints on the bandages and put them on!

I really loved this one, it’s so freeing and fun to purposely make yourself look like organized chaos reincarnated. Definitely one to give a try!

You can catch these cosplays every night at 9pm est on twitch.tv/erezebeta