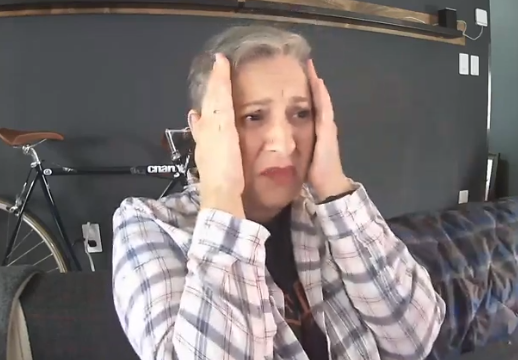 I’m having a small crisis because a lot of them still really scare me. But, for instance the trailer for Us dropped on Christmas and I have watched a dozen times. I added “I’ve Got 5 On It” to my library on Spotify. What other explanation is there other than I like being scared now? OK, let’s talk about the project so far, which will continue in 2019. First, here is the trailer for Jordan Peele’s next terrifying movie.

Here are the movies I have reviewed this year… not quite 12 because well, summer and I got behind and, it is what it is. Look, don’t complain, I still grew as a person, okay?

Not officially part of this project, but on my own I also reviewed Jennifer’s Body and 28 Days Later! (Also, Acadia had thoughts about 28 Days Later in 2010.)

I’ve also watched but have yet to finish writing reviews for Maniac (1980) and Videodrome (1983).

What is my overall feeling on horror movies now? Well, it’s complicated. I liked the trailer for Us so much I was like hey, I have turned the corner! I am a horror movie fan now! And then Acadia sent this to Gallery staff and I got through 2 of the trailers and had to stop watching it because I was too scared:

So… it’s a work in progress let’s say.

I also watched the 1986 remake (yes, it’s a remake, I didn’t know that, but all you people probably did because I am only just now paying attention to horror movies) of The Fly the other night, so you can look forward to some discussion about that from me coming up. I had to hide my eyes a lot. Like a lot a lot. But I still enjoyed it overall, so that’s growth.

We are going to continue the Let’s Scare Jenn to Death project in 2019 and I’m going to try to scale up my watching to include recommendations from not only our esteemed colleague Mr. Olchak but also a new recommender to be revealed at a later date!

Hey, everybody! Due to my complete failure to cause Jenn to become deceased through spooks in 2018 (although I think The Devils made her very sad, which is kinda close?), I promise to redouble my efforts in 2019, with more classics of horror cinema packed like nails in the pipe-bomb of frightmares that I’m lobbing through Jenn’s worldview! This year, we’ll have a few big, showy A-choices (Still no Michael Myerses or Jasons Voorhees, though), and we’ll have some more esoteric choices (including some that just we didn’t quite make it to, last year). Some hints? SURE WHY NOT this year will feature the following:

And many, many old friends, returning from Let’s scare Jenn to Death’s inaugural year. Seriously, If you watch three horror movies from three adjacent decades, there will be at least one actor who shows up twice. So tune in and see if this is the year Jenn croaks it from watching Cannibal Holocaust! (WE WILL NOT BE REVIEWING CANNIBAL HOLOCAUST.)