Things You Should Know – Mexico vs. America in WW1 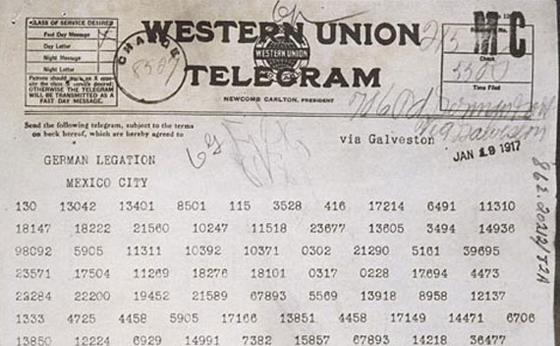 As we honor our servicemen and women on this Memorial Day, I can’t help but think that while us civilians might not like it, having our soldiers fighting on our soil might be nice for them.  They would not have to take a long-ass boat ride or plane ride to get to the battle.  Some of them might be able to go home for lunch.  All around, I think that if we have to have a war, making it a home game is an option we might want to consider next time.  Not in anyplace important, like where I live.  I mean on the bottom somewhere, in the shitty, desert part of America.  Like the part that’s near Mexico <– foreshadowing.

And I know we fought some wars here (I’ve heard “The Battle of New Orleans“) and the Civil War pretty much had to be here, but I’m talking about more modern wars.  World War I is a good example.  Also known as “The War With Funny Looking Helmets“, World War I featured  Europe (see below), fighting over land or diamonds or something.  The bad guys were the Germans, as usual.  We Americans stayed out of it until the end, probably because Europe was far away and we were busy killing Indians or something.

Despite their pink color, the bad guy countries were pretty tough.

But the wily Germans knew that we would get into it eventually, so they had a plan to get us out of the way.  How?  Find out after the jump!

When people think of Mexico, they usually picture horrific drug cartels, illegal immigrants, or a dude with a sombrero sleeping against a cactus.  But you racist fucks don’t understand that in olden times, Mexico was a real country.  Because there really wasn’t a lot of technology involved in war fighting back then (they had barely invented the tank and still used horses), all you needed was a

Zimmerman's telegram was not secret enough!

bunch of guys, some cannons and rifles, and you had yourself a military power.  Mexico had all that shit and Germany knew it.  On the surface, it seems like a pretty straight shot.  Call up Mexico and ask them to attack us.  How could you mess that up?

Well, you could send your secret plan by telegram and have it get picked off by the British.  That’s what the German Foreign Minister Arthur Zimmermann did.  He sent it to the German Ambassador to Mexico and even though it was in code, the sneaky British intercepted the message and decoded it and totally tattled on Germany.  As a result, Mexico didn’t attack us and we got in the war and sailed to Europe and helped them win, blah blah.  But I’m still confused as to why Mexico wimped out.  I mean, just because it wasn’t a surprise anymore should not have made it out of the question.   Here’s what the telegram said:

“On the first of February, we intend to begin submarine warfare unrestricted. In spite of this, it is our intention to endeavor to keep neutral the United States of America. If this attempt is not successful, we propose an alliance on the following basis with Mexico: That we shall make war together and together make peace. We shall give generous financial support, and it is understood that Mexico is to reconquer the lost territory in New Mexico, Texas, and Arizona. The details are left to you for settlement.

You are instructed to inform the President of Mexico of the above in the greatest confidence as soon as it is certain that there will be an outbreak of war with the United States and suggest that the President of Mexico, on his own initiative, should communicate with Japan suggesting adherence at once to this plan; at the same time, offer to mediate between Germany and Japan.

Please call to the attention of the President of Mexico that the employment of ruthless submarine warfare now promises to compel England to make peace in a few months.

Okay, Zimmerman, your plan seems solid.  If I were Mexico, I would be pretty pissed off that we stole their land and named it “New” Mexico.  And since they would be attacking the middle of the country, they could probably make it all the way to like, the Dakotas before anyone even noticed they were there.  Think about it.  Back then you had to actually go somewhere and LOOK for the other army.  There was no radar and the airplanes they had were the Red Baron kind.  So once the Mexicans got through Texas, it would be easy pickin’s.

Instead, Mexico didn’t do shit and now they are stuck being crappy Mexico instead of an awesome Super Mexico.  They totally could have gotten the Indians to fight on their side as I don’t think we had killed them all yet.  Now, I’m not rooting against the US but I hate Texas.  And since Texas thinks it’s a country anyway, I have no problem having them be conquered.  The other states I’m sort of iffy on anyway.  I don’t think we need New Mexico.  There’s a reason we didn’t name it “Improved Mexico.”  Arizona we need so we have the Grand Canyon.  Oklahoma is useless.  I know there is oil there and in Texas but, honestly, it’s not worth it.  The only thing they have other than oil is tornadoes and who wants those?  Nobody, that’s who!

So we take Arizona back and that’s it.  That probably means we don’t go to Europe so Germany wins the war.  England and France become Germany Junior and Russia has a big-ass country right on its doorstep to worry about.  And if Germany won, then Hitler would not have had a demoralized country to inspire.  On the contrary, his “blame the Jews” strategy would have backfired because new Mega Germany would not have had anything to complain about.

So, I guess what you have to ask yourself is: would you trade New Mexico, Texas, and Oklahoma for not having Hitler and World War II?  I know that it also means Britain and France would be part of Germany but, honestly, who cares?  They have all been swapping the same shit back and forth for 1,500 years so whatever.  The important thing is that Mexico could have prevented the Holocaust but didn’t.  Good going, Mexico.

Filed under: history, olden times, things you should know