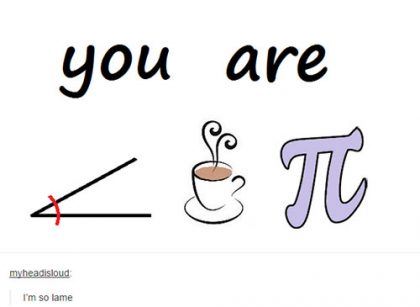 This is what I think of you, dear reader.

Puns to make you squeal in delight: