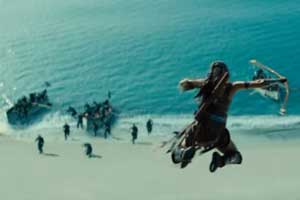 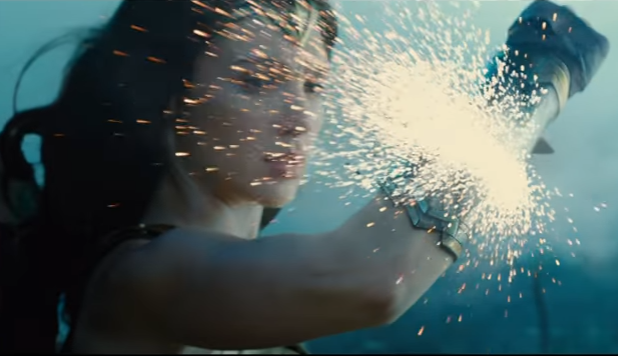 The new Wonder Woman trailer gives me a lot of hope that the movie is going to represent the hero the way she is meant to be represented.  In DC comics, Wonder Woman, Superman and Batman represent their “trinity”.  The three most important heroes they have.  Wonder Woman is the most powerful of the three.

Now, I am sure they are not going to highlight all of her powers in her first movie (seriously she has been around 75 years and this is her first movie) but the trailer shows her two most iconic.  In the banner pic she is deflecting bullets like a champ (1:17 in the trailer video for a good taste) and her golden lasso of truth is truthing people TO THE GROUND (check 1:53 in the trailer!  This hero is not playing around.  And director Patty Jenkins seems to be making sure that Wonder Woman is a movie about a woman.  Here are a couple things I noticed.

Wonder Woman and The Bechdel Test

In 1985 the Bechdel test was born.  It is three rules.  And you would be surprised and probably saddened by how many movies you love fail it.

There is a reason why Bridesmaids was such a hit.  And making a point to show Diana Prince talking to Etta Candy is putting people on notice that this is not a typical superhero movie.  Do any of the Marvel movie pass?  How about the Nolan Dark Knight movies?

The scene where Steve Rogers (Chris Pine) tells people that Diana is his secretary is important because while all the harumphing men in the room probably took it for granted, us knowing that she could dismantle the whole room in about five seconds makes it look that much more ridiculous, and not just in a “oooh I have a secret” way.  Diana is a PRINCESS who protects HUMANITY.  She is so far above them all it is nuts.

World War One Getting some Love

If you look, one of the main villains is a woman.  And while this is not a specifically woman-centered thing, the fact that they are not using World War Two is a breath of fresh air.  It makes sense within her story, too.  It was, as noted by Steve Rogers, the “war to end all wars” so if the Amazons were going to step in, it would be a good time to do it.  Plus Nazi’s are way too easy.  They are tired as villains.

So, first the trailer and then some sweet Wonder Woman facts!

So, the Woman who can beat up Superman AND Batman finally has her own movie and all she needs to do for her very first thing is fix World War 1  Seems easy enough.

I saw a lot of Wonder Woman costumes on trick or treaters this year and it made me happy.  I hope the movie, and more importantly, the care the studio seems to be taking with the character, inspires women everywhere.  The all female Ghostbusters reaction was disheartening.  I hope the Princess from Themyscira can get people thinking right.