The Slave, the Emperor, and the Stoic 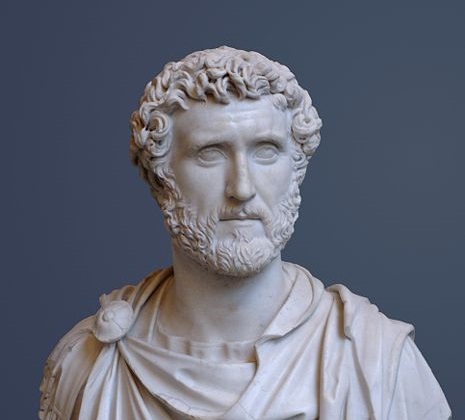 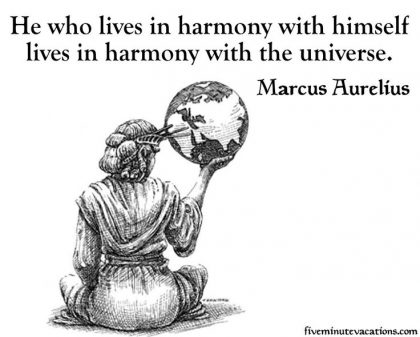 Wise Words from a Wise Man

A Stoic is Born

Two thousand years ago, a man was born. He was born of low stature but his words and deeds would endure and even, today, he is spoken of with reverence and awe.
I’m not talking about Jesus. I’m talking about Epictetus – the famous Stoic philosopher.
Epictetus was born a slave in Athens. He was the property of his master, who could do with him as he saw fit. Indeed, at some point in his life Epictetus became a cripple, and there is some evidence that his master broke his legs.
At the same time, a man was born into fabulous wealth and power. He was a leader. He became grew up to become Emperor Marcus Aurelius, but he is not remembered for his tenure as an Emperor – he is remembered as one of the most important Stoic philosophers on record.
Both Epictetus and Marcus Aurelius are famous for their contributions to the philosophy of Stoicism.

If a person gave your body to any stranger he met on his way, you would certainly be angry. And do you feel no shame in handing over your own mind to be confused and mystified by anyone who happens to verbally attack you?   – Epictetus

The Mistaken Idea of Stoicism 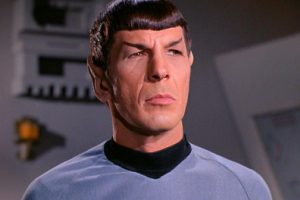 I’m going to start by telling you what Stoicism is not.

A lot of people think that to be a Stoic is to have a “stiff upper lip” or to suppress your emotions.  In fact, Gene Roddenberry modeled Spock off of a misunderstanding of what a Stoic is.  Grim, emotionless, cold, and logical to a fault.

It is also generally thought that a Stoic is silent, distant, emotionally unavailable, and not fun at all.  They are often thought to suck the fun out of life and have no ambition and expected to die at any moment.  Real party poopers, neh?

Nothing could be further from the truth.

The Illusion of Control

Control is an Illusion

We pretend we have control over things all the time.  We do it so often that we don’t even think about it.   We don’t worry about getting in a fatal car accident because we can control the outcome through our habits and the protective gear we buy, right?

We don’t stress overmuch about choking on our food because, if we chew our food well enough the food will be much less likely to choke us.

We tend to mitigate our fears of getting mugged by parking in well-lit areas, not going alone into unknown areas, and knowing the “good” from the “bad” parts of town.

In short, we can control things.  We can control our fate.  Right?  We can create the eventualities we desire directly through our actions and behaviors.  We have control.

I used to think that way.  I used to firmly believe that my willpower alone could affect the outcome of events and happenings in my life.  You can imagine how big my shock must have been when I realized that I control, literally, nothing.

That’s right – and it’s the same with you.  You control NOTHING.

Difficulties strengthen the mind, as labor does the body. – Seneca

Think about the scenarios I listed above.  No matter what you do, you can’t control the actions of others on the road, so you are always at risk for a fatal accident.  No matter how much or how carefully you chew your food you can still choke to death.  No matter how safe you think you are there is always a chance you will get mugged, or worse.

You can’t even control your own body.   I know.  I’m a cancer survivor.

So what is Stoicism? 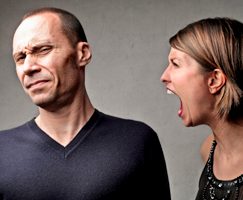 Stoicism is a way of life.  An approach towards dealing with the inevitable trials and tribulations that will come your way.  Ultimately, Stoicism is about knowing what you can, and cannot control.

You can’t stop the hurricane, can’t make an unruly toddler eat peas if they don’t want to, and can’t even control whether or not you get cancer.

All you can control is your reaction to external events.

It’s as simple as that.  Stoicism is about knowing what you can, and cannot control.  But in the realization of this, you begin to see how it affects all areas of your life.

Stoics know the universe is, at best, indifferent to our plight.  Accidents happen.  Loved ones can be taken from us.  All things are fleeting.  So Stoics love, even with the understanding that the one they love will eventually be taken from us.  A Stoic knows they can’t compel others to love them, yet know that they can love nevertheless, because their love is not dependent upon the reciprocation from others.

Happiness and freedom begin with a clear understanding of one principle: Some things are within our control, and some things are not. — Epictetus

So What Does This Mean?

Because a Stoic knows that all they control is their reaction, and that they key to tranquility is in focusing on what  you can control, a Stoic expends a lot of their mental efforts towards this endeavor.  It is from this that the mistaken view of Stoics emerged.  If you know you can’t stop the pain, but you can control your reaction to it, you learn to react to it only s much as is warranted.  If you know you can’t control a toddler’s temper tantrum, you learn to react to it with a clear mind.  You realize that while you can’t stop external factors from affecting you, you can certainly control how you react to them. 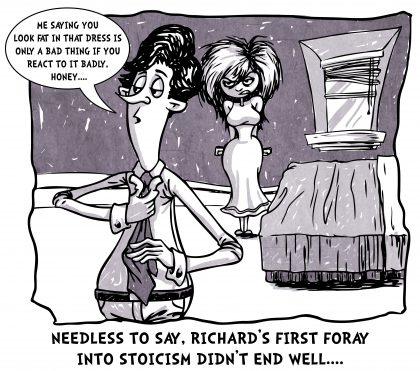 How Not to Stoic

So Stoics seem emotionless to some because when someone is screaming in their face they stop, take a breath, and realize that their reaction to the scream is their to control.

This is the key to tranquility.  Not possessions, wealth, or even popularity.  By focusing ideally and primarily on the only thing you can control – your reactions to the events that affect you.  For as Seneca said, difficulties strengthen your mind.  Even in adversity there is opportunity to react in a way that positively affects you.

Get fired from a job unfairly?  You can’t stop the hurt and humiliation that accompanies this event.  But you can control how you react and deal with it.  Do you gnash your teeth, cry, and bemoan your fate?  Or do you accept the hurt, pain, and humiliation and use it to guide you to the next opportunity?  A Stoic does the latter.  A Stoic knows that the emotion of hurt and humiliation is real, they don’t try to deny it.  They just control how they react to that emotion.  Or try to.

Stoicism is a very practical approach to life, but it can lead to happiness and tranquility.  It seems at odds with a capitalistic society that teaches us that happiness is in the things we own and the things we think we control.  It’s not an all in, or all out, philosophy.  It’s a way of thinking, a way to find peace within yourself in spite of the external circumstances that affect you.

As a cancer survivor, this philosophy helped me cope and find true happiness even as I was enduring surgeries, chemotherapy, radiation, and had a feeding tube sticking out of my belly.

I hope this article intrigues you and you Google and learn more.  I think you’ll enjoy it.