The Growing (and Unspoken) Millennial and Gen Z Orphan Crisis 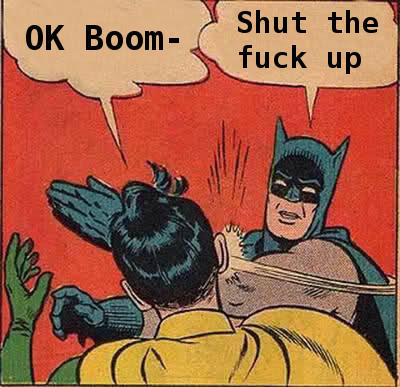 Many stories have appeared over the last 10 years about the Millennials and Gen Z/iGen. Most of them discuss their problems relating to the (Baby) Boomers and vice versa. Not much notice has been taken about these stories. Frankly they’ve been filler, but last year the phrase “OK Boomer”and #OkBoomer started appearing on social media, memes and eventually main stream news. For those ‘in the know’, it became a rallying cry and viral video sensation as a way for the youngs to mock and disregard the olds. It’s the 21st Century version of the Boomers phrase “Don’t trust anyone over 30”.

During a group interview on the January 16th edition of the Today Show, (Boomer) Harry Smith and (Millennial) Samantha Sellers talk to a group of Boomers, (questionable) Millennials and teenagers (Gen Z). They meet about once a week and “get to know each other”. I think so they can come together and understand this gap between them. It turns out that old people and young people have more in common than they think, yada yada, kumbaya, blah blah blah.

All it made me realize is that none of the articles or news stories they do about this ‘Generation Gap’ ever talk about these children’s/young adult’s parents! Where are they? Do we have two generations of young people growing up in America as orphans!? Granted some of the younger Boomers waited awhile to have kids, so I’m sure that some of the older Millennials have parents, but what about all these 20 somethings and teens? Seriously, where are their parents?! Have these kids been growing up in government run orphanages and foster homes?

I guess my kids (aged 28, 25, and 16) are extremely luckier than most of their cohorts, they had their biological parents alive to raise them. It does beg the question though, where did their parents go? It’s as if an entire generation (X) has been eradicated and forgotten. I’m almost about to start lobbying to be called the ‘Generation Who Shall Not Be Named’. Seriously, WTF?! We’re still here. Oh right! Nobody cared about us when we were growing up free range. There were articles about how much of an awful workforce we’d be after getting jobs. We invented Google, Amazon and the modern web as we know it. Some of the most recognized celebrities, musicians and athletes of the last 25 years are us.

Maybe because the Boomers were too selfish to pay attention to us in the 70s and 80s? A majority of us left home when we should have and likely never ask our Boomer parents for anything because were very self-reliant (We had to be, what with being unsupervised most of the time). Besides, the Boomers now have grand-kids and great-grand kids to spoil. The Millennials and Gen Zers we’ve spawned are also selfish. It’s likely Mom and Dad’s fault anyway, I know my kids blame me for a bunch of shit they know nothing about. God forbid they blame Nanna or Poppa or their Boomer aged friends who created or ignored all the problems Millennials and Gen Z bitch about.

Even though Gen Xers are middle managers, grandparents, Army Generals, and small business owners doesn’t negate that we’re really into the MCU. Or like wearing a Public Enemy tee. Or think that the Star Wars prequels were shit. Being older than you with mortgages doesn’t make us Boomers. Frankly, I don’t trust anyone over 55 or under 35.