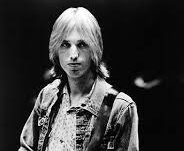 Tom Petty died today at the age of 66.  He had a heart attack last night and the family took him off of life support this morning.  When I was a kid there was this clothing store called Levinsky’s.  My mom would buy me 5 different color pairs of Levi’s corduroys for school every year.  One year for some reason (presumably 1985 when the album came out) they gave me a copy of the Southern Accents tape.  I played it more than you can imagine, and not just because I didn’t have a ton of tapes.

The track was recorded in 1984. It was during the recording of this track that Petty broke his hand. Petty remembers being so high on drugs that he couldn’t get an arrangement he liked. Petty went into the control room, and put the original demo tape on, which featured just him and a Rickenbacker 12-string guitar. He believed that they had yet to record an arrangement better than this demo, which made him so furious that he stormed up the stairs into his house, and punched the wall, causing severe damage to his left hand. After a while, Tom Petty called Jimmy Iovine in to help him finish “Rebels” along with some other tracks on Southern Accents. Alan “Bugs” Weidel, Tom’s roadie, considers “Rebels” a least favorite of his due to Petty’s broken hand.[1]

So that’s fun.  And the song is VERY dated.  Dated to the point that I feel the need to include this quote from Petty when he spoke to Rolling Stone about using the Confederate Flag during that tour:

In 1985, I released an album called Southern Accents. It began as a concept record about the South, but the concept part slipped away probably 70 percent or so into the album. I just let it go, but the Confederate flag became part of the marketing for the tour. I wish I had given it more thought. It was a downright stupid thing to do.

It happened because I had one song on the album called “Rebels.” It’s spoken from the point of view of the character, who talks about the traditions that have been handed down from family to family for so long that he almost feels guilty about the war. He still blames the North for the discomfort of his life, so my thought was the best way to illustrate this character was to use the Confederate flag.

I used it onstage during that song, and I regretted it pretty quickly. When we toured two years later, I noticed people in the audience wearing Confederate flag bandannas and things like that. One night, someone threw one onstage. I stopped everything and gave a speech about it. I said, “Look, this was to illustrate a character. This is not who we are. Having gone through this, I would prefer it if no one would ever bring a Confederate flag to our shows again because this isn’t who we are.”

Lot’s of smarter people than me will write about his musical legacy.  I will think about how much that tape meant to me.  I heard once that Tom Petty and the Heartbreakers were history’s greatest bar band.  That’s not a bad thing to be.  And seriously, “Rebels” is a really good song.  Listen to it and read the lyrics.  He deserves 4 minutes.