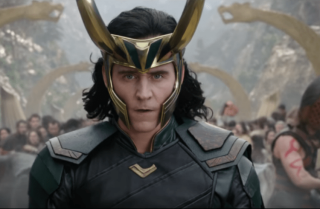 You may know that I spend a lot of time gambling. Atlantic City, Vegas, floating crap games, Online Sport Betting Sites , a Secret Indian Casino You’ve Never Heard Of, I play them all! And one of my favorite things to bet on is pure nonsense that will take forever to determine. I bet on the Oscars before the other Oscars are over. And I bet on the biggest box office of the year as fast as I can.

So, I know January is already over, but I don’t count that as a movie month because from now on it will just be where they dump things that can’t beat Jumanji. So let’s see what’s what starting at the bottom and working our way up!

I am not including Venom on the list because I don’t know where to put it. Ugh, I am going to regret this!

I am including this because I loooove Milla Jovovich (and she loves me, look I have video proof!) and I am interested in whether or not the sheriff from Stranger Things can do anything else.

Gonna be honest – I don’t think most people who go to the movies now know who she is or that she went anywhere. But I don’t know very much about kid’s movies, so I will throw it in here just in case.

Another reboot I don’t think is going to have the legs they want it to have. I don’t see Predator as a franchise unless they make it that he keeps going to different places on Earth. I would watch Predator fight ISIS or a grammar school. That would be awesome. If he fights a grammar school I’ma edit this and put it higher.

I honestly don’t have super high hopes for this, but I like Jason Bateman so much that SOMETHING has to hit for him. You know? Doesn’t it?

Sony is losing X-Men but Sophie Turner is pretty. That = #15

The Death Cure is a stupid name. Plus, I didn’t see the other ones, so I don’t even know if they ever got out of the maze in the first one. But the teenagers like their dystopias!

I loved the first one and I want Evangeline Lilly to do well. She is like Jason Bateman. Maybe I should make a movie with them both in it!

I liked all the other ones and horror is big these days.

I want this to be a top 10 but, since it is being released in America, I am afraid it won’t be. But dammit, I want it to be. So I also reserve the right for it to be any place between 11 and 1 and I will still count as being right.

THIS IS WHERE VENOM SHOULD BE BUT, FOR SOME REASON, PEOPLE LOVE TOM CRUISE!

This is the movie that messed up Justice League: Dark and for that I hate it.

This better be awesome or people will forget about being mad at Trump and attack Warner Brothers.

I think this will suck, but it is Disney and Star Wars, so 6th best movie of the year is sucky in their world. They are like the Yankees of movies now. Ugh.

This might actually be bigger than this. I am putting it here because I am afraid some people my age won’t get it. But I hope it does well.

I wish Predator would kill all the dinosaurs and have that be the last frigging Jurassic Park movie.

3 – Fantastic Beasts: The Crimes of Grindelwald

I didn’t look up how much the last one made, but the new one has Johnny Depp, so that’s good, right? Ugh, I am bad at this. But this is another movie I would like to see Predator show up in. Heh.

If this was any other year, this would be number one. There better be a misplaced super suit!

Derh – unless this sucks on a Fantastic Four level, it will be the biggest movie of the year!

That’s it. Hopefully everyone forgets this by the end of the year so I don’t get too embarrassed.