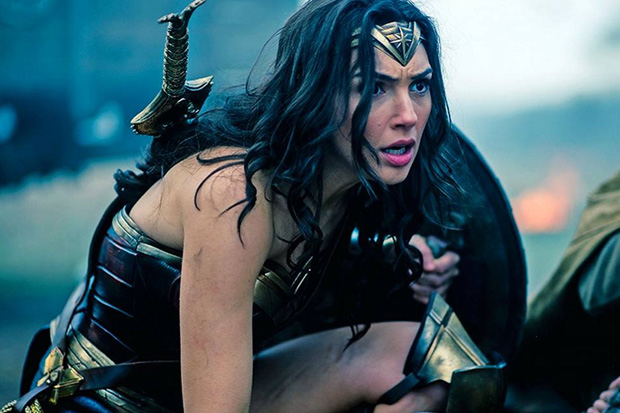 2017 is only 17 days old and I already have heard enough DC movie rumors to depress me.  The latest is that Wonder Woman sucks according to someone who knows things.  Schmoes Know host Sasha Perl-Raver said she heard bad things from the “same person who told her BvS sucked and said:

“So, I don’t want to throw anyone under the bus. We have somebody within our community who has gotten insider information that broke my effing heart this week, because I have tremendous belief that Wonder Woman is gonna be awesome and I heard it stinks from the same person who told me that they heard that BvS stinks…The person who I spoke to…their response was ‘I’m very disappointed in what I saw, and it seems like all the problems are the same problems. It’s discombobulated, it doesn’t have narrative flow. It’s just very disjointed.”

Now you will see this all over the place for a week with a bunch of people “unpacking” the comments.  For the record, meh.  The fact that they threw in the “it’s the same person who said BvS sucked” to add “credibility” to the “news” makes it all just a little too cute.  I have no idea how people make movies or who gets to see them or why people leak info.  But I do know that if Wonder Woman is crappy I will be sad.

Not just because I love the DC characters and want their movies to be awesome. And I don’t care about the stupid Marvel vs. DC thing because there is no competition between them.  There are exactly ZERO people who have enough money for two comic book movies per year instead of four.  Not happening.

So no, I am not going to fall into the trap of that argument, and I am not going to pile on to people hating on DC and WB etc.  Because again, I don’t understand how movies get made.  I know for a fact that I could have fixed BvS with 10 dialogue changes.  No way could I fix the issues with the story line of Suicide Squad because they were too numerous.  But past performance is not indicative of future results, right?  I mean, what are the possibilities?

The are probably more but honestly I don’t know what to think.  I hear this news.  They change the way my Neverwinter game works.  Trump.  COME ON, 2017!  Just because you haven’t killed a bunch of famous people doesn’t mean you’re the good guy here.  Get on the ball.