The Wonder Years – “The Heart of Darkness” 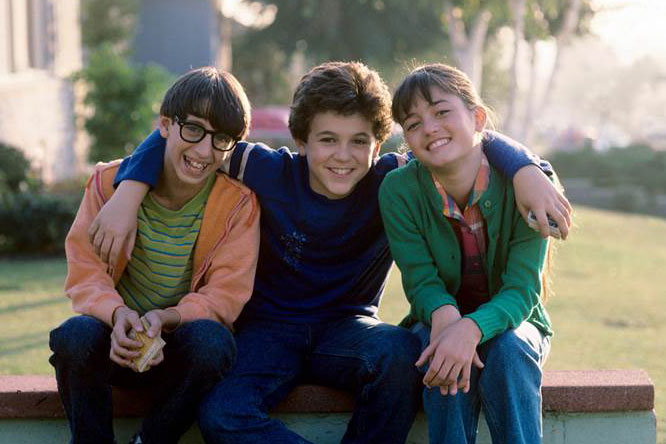 Even though this is only the 7th episode of The Wonder Years, it’s the second season premier. (The first season was a six episode mid-season replacement.) We’re still in 7th grade and you won’t really notice any big change between season 1 and 2.

Maybe the only difference is the obnoxious dream sequences have evolved a bit. This episode has a nightmare that pops in every so often. In it, Kevin is walking through a cave, seemingly lost, and he’ll either be carrying Paul or Winnie until he ends up in a classroom being laughed at.

In the real world, Kevin is jealous that Winnie has a new boyfriend, Kirk McCray. Aside from that, she’s becoming cool and popular while he and Paul are being left behind. Even Paul gets in on the jealousy, calling her a snob ever since she got contacts. She tries to be friendly with them, but Kevin blows her off asking “Where’s Kirk? Don’t you want to walk around with him?” Smooth, Kevin. Smooth.

Kevin decides they should make a new friend, too. Enter Gary Cosay, played by Breckin Meyer of Clueless and Franklin & Bash. Gary is a

bad kid who wants Kevin and Paul to let him cheat off of them during a test. Paul, of course, says no. Kevin lets him, and they get caught leading to their first time in detention. Our heroes are worried about their moms finding out until Gary shows them how to forge their mom’s signature on the detention slip. He asks them to camp out in the woods with him. Much to Paul’s chagrin, Kevin agrees.

For their camping night out, Kevin and Paul bring marshmellows and Kool-Aid. Gary brings beer and cigarettes. Surprisingly, Paul takes to the beer more than Kevin, and is super annoying drunk. The subject of girls comes up. Gary claims “My girlfriend’s got honkers out to here.” When Kevin brings up that he dated Winnie, Gary evaluates her by saying she’s “A little flat, but cute.” Considering Danica McKellar was a child when this line was written, it’s a miracle she’s as well adjusted as she is. Also, this means that an adult writer had judged her boobs, which is fairly disturbing. Gary mentions there’s a cave 1/4 of a mile away. The three boys head over to it.

The cave ends up being a storm drain. Gary starts telling the story of a guy who went missing in the pipes trying to scare Kevin and Paul. It works, and they start yelling at him to stop. Paul falls and hurts his leg. Gary laughs at him, so the other two leave him alone in the pipe. Kevin has to help Paul walk, bringing the nightmares full circle.

The next day, Kevin and Paul are hanging outside in their neighborhood. Winnie comes over wearing her glasses. The three lifelong friends start to fall back into their old routine of just being friends and not kids in different cliques.